What engrosses the mind when you think of Dubai? Endless luxury shopping, modern malls, rich traditions, glorious history, lively nightlife scenes, and awe-inspiring ultramodern architecture. Amidst all this, the Burj Khalifa is an instant hit. With a total height of 2,722 ft (829.8 m), the Burj Khalifa, originally named Burj Dubai, is the tallest tower in the world. The skyscraper was inaugurated in the year 2010. The structure is not just the tallest building, but also a global landmark and a feat of engineering. Since its opening, visitors from all corners of the world throng here in large number and get indulged in a myriad of activities. Lies at the foot of the skyscraper is one of the prominent attractions - the Dubai Fountain.

Perched on a 30-acre manmade Burj Khalifa Lake, the Dubai Fountain, located at the heart of Dubai Downtown, is the world’s largest choreographed fountain system. Designed by the California-based company, WET De, the Dubai Fountain is illuminated by 6,600 lights and more than 25 colored projectors. The size of the Fountain is 902 ft. (273 m) long. At a time, it can shoot or spray as much as 83,000 liters/ 22,000 gallons of water in the air. Comprised of high-pressure water jets and shooters, which make the water dance and shoot high up in the air. Such is the force of water that the show is easily visible from the neighboring structures and the lake promenades. 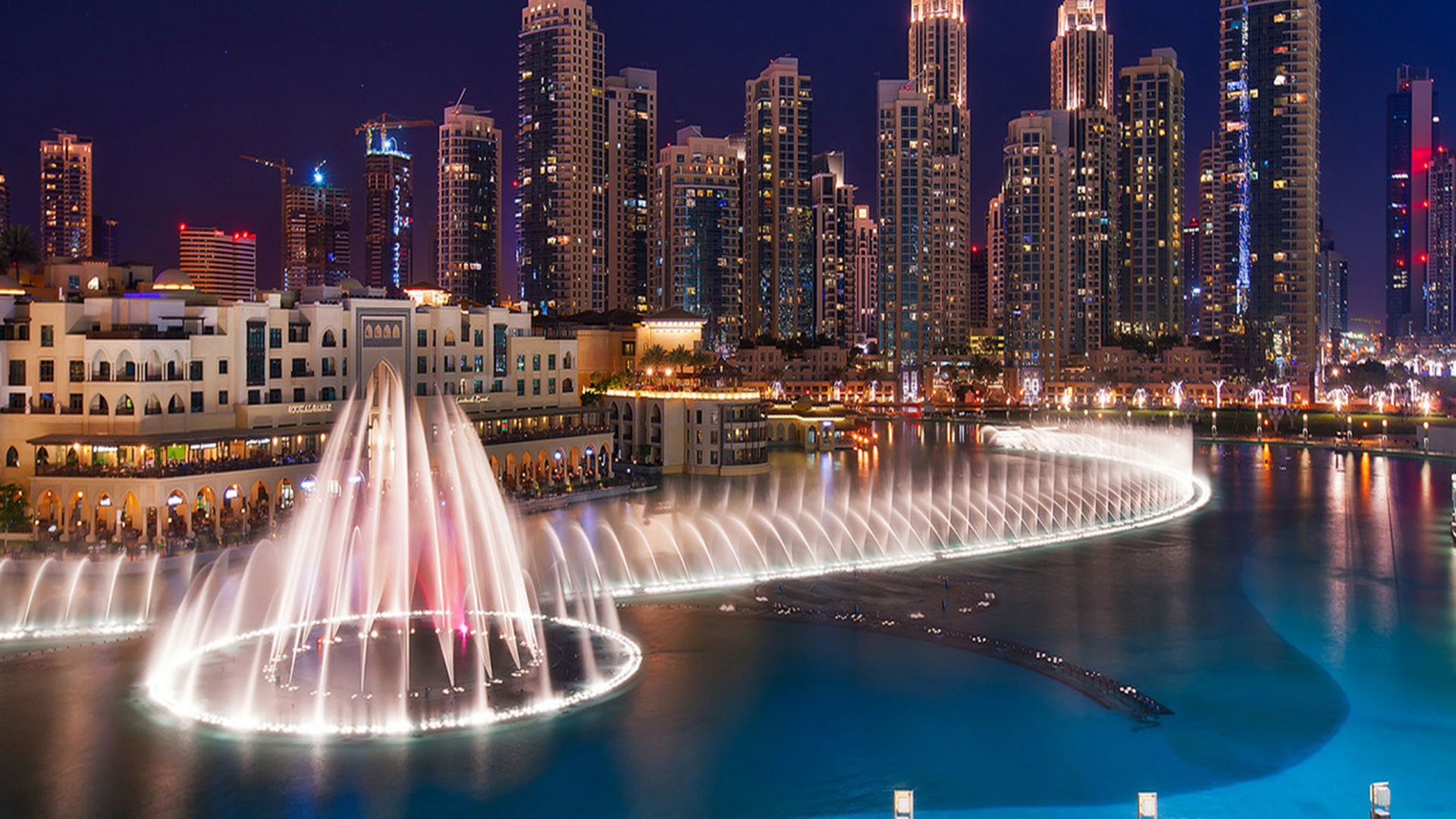 At night, the light shows can be seen from a distance as long as 32 kilometers (20 miles), thus making it the brightest spot in the Middle East. Speaking of the manmade lake, i.e. the Burj Khalifa Lake, it was constructed at a cost of $218 million. The size of the lake is equivalent to more than two football fields.

The Fountain and Its Popular World Music

The light and water show is well-complemented by music from classical to contemporary Arabic music and contemporary world music. Some of the famous tracks include All Night Long by Lionel Ritchie, I will Always Love You by Whitney Houston, Thriller by Michael Jackson, Time To Say Goodbye by Andrea Bocelli, The Magnificent Seven by Elmer Bernstein and Baba Yetu by Christopher. Besides being the largest musical fountain, the Dubai Fountain is also a free tourist attraction. Visitors to Dubai can witness the stunning performances for absolutely free. The Waterfront Promenade is a great spot to marvel at the outstanding water and light show. However, the walkway around Souk Al Bahar experiences less crowd. It also renders a fabulous viewing experience. 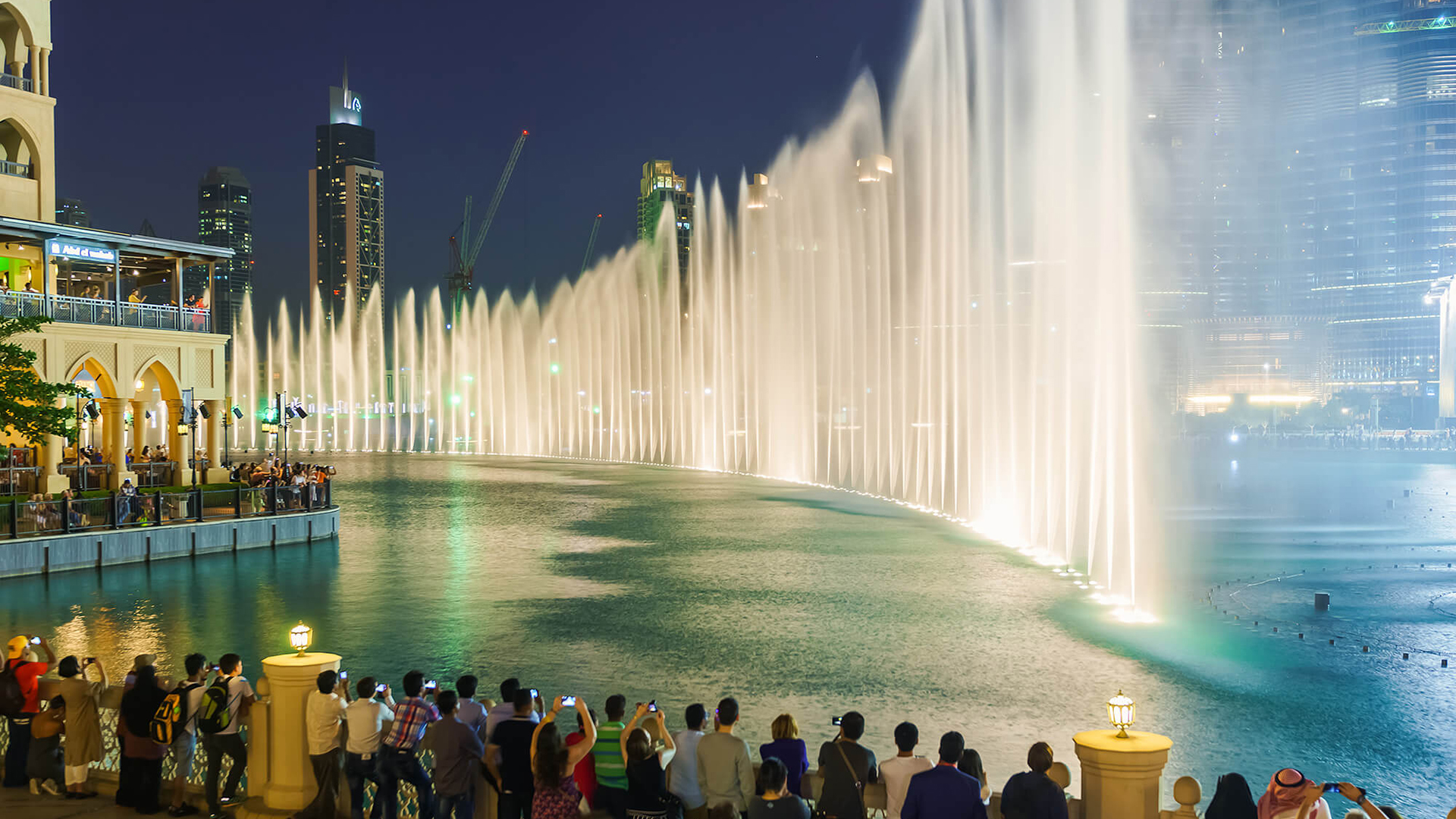 Nearby Attractions of the Dubai Fountain

Experience These 5 Stunning Things in London

Australia’s Most Iconic Places to Explore with Family

Explore These Enthralling Places in Sri Lanka in 2019

5 Exceptional Attractions to Explore In Canada In 2019

5 Intriguing Locations to Explore With Your Friends in Spain

5 Majestic Places to Explore Worldwide in 2019

5 Romantic Things to do in Kuwait

5 Captivating Destinations to Visit in Greece!

6 Spectacular Things to Experience in Singapore